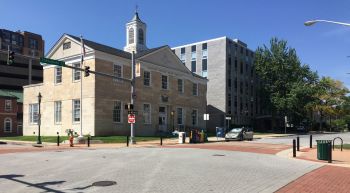 Parents often find that the custodial agreement that was originally arranged no longer meets their needs or is no longer in the best interest of the child. Despite being unhappy with the arrangement, they carry on because they are afraid of the hassle of going back to renegotiate with the other parent. Eventually, however, the custody agreement breaks down and they end up in court anyway. At this point, a judge does not look favorably on a parent for not communicating with the courts. Filing a contempt or other pleading is the best way to approach a request to modify custody or to switch a child’s school.

If you are unhappy with your joint custody agreement and are looking to modify the arrangement, it is always best to file a contempt or other pleading to put the court on notice of the issue. I have seen parents complain about their situation but then fail to take any action. This can be detrimental down the line. In fact, I have seen a family law magistrate scold a parent for standing by and not raising any objection when her custodial rights were violated. If you do not file a formal notice, you could impede your chances of modifying the custody agreement the way you want.

When filing for contempt, you will have to give a convincing reason for the need to modify the custody arrangement to which you previously agreed. In order to sway the courts, you must prove a material change in circumstances. In other words, you must show that something has significantly changed in the child’s day-to-day life since the original custody agreement was signed and the existing arrangement is no longer in the best interest of the child. This could be due to anything from health issues, a relocation or financial problems.

How Do I File Contempt in My Child Custody Case?

To learn about Maryland child custody relocation laws and or make changes to an existing custody agreement, give us a call at Lebovitz Law. We have years of experience negotiating the best deals for our clients, whether it’s family law or property law. Contact us today.