Preventing a Custodial Parent from Relocating your Child 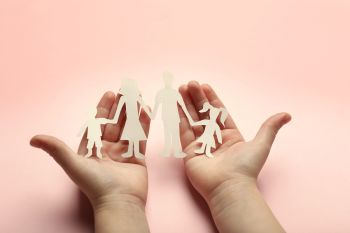 It can be incredibly frustrating and if you do not have sole custody of your child and your former spouse or co-parent wants to move your child out of state. While it can be challenging for a non-custodial parent to prevent a child’s relocation there are a few things you can do. Maryland laws give non-custodial parents an opportunity to dispute custody relocation through the courts. If the custodial parent relocates without following the proper procedure, the non-relocating parent can file for custody.

Non-relocating parents in Maryland have the right to object to a child’s relocation if the move interferes with his or her custody rights or conflicts with the existing custody agreement. Maryland laws require that non-relocating parents without custody are notified 90 days in advance of a child’s relocation and are given an opportunity to agree to the move or file a petition with the courts. The courts could decide to disallow the move if the non-relocating parent can prove that the child will experience a material change in circumstances, such as changing schools, limited opportunities for visitations or disruptions to their day-to-day routines. For more information about the procedure see 3 Step Process for Custody Relocation in Maryland.

Relocating a Child without Permission

If the relocating parent moves the child without following the procedure described above, the non-relocating parent can petition to have the child returned to his or her home state. If you have had primary custody of the child for more than 6 months prior to the co-parent relocating, then you have the right to file for custody in Maryland. If the courts grant you custody then, in many cases, the co-parent is directed to return the child. If the co-parent attempts to file for custody in another state, you have two options. First, you can request a meeting between Maryland and the other state to determine who has jurisdiction over the custody of the child. Alternatively, you can file a motion in both Maryland and the other state under the Uniform Child Custody Jurisdiction and Enforcement Act to have the custody case in the other state dismissed.

How Can I Prevent My Spouse from Relocating My Child?

No two cases are the same and child relocation judgements vary based on the specific facts of each case. If you are facing this situation, contact Lebovitz Law to discuss your case and review your options. We have years of experience negotiating the best deals for our family law clients. Contact us today.