Potential Changes to Maryland’s Policy on Shared Parenting After Divorce 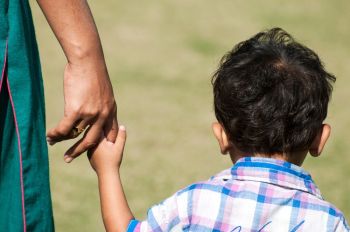 Since 2013, Arizona has been a model for successful shared parenting policies that combine equal parenting time and judicial discretion. As the Journal of Divorce and Remarriage prepares to publish a comprehensive study of the Arizona law, some Maryland policymakers are considered putting a similar one on the books.

A great deal of research went into the finalized law, including a significant study including expertise from the very people who deal with the consequences of child custody decisions every day including judges, lawyers, mental health professionals, social workers, court staff and parents who went through the previous system. The amount of time that went into developing the Arizona law cannot be understated, and that time investment is part of the reason why the new law has been so successful.

Arizona’s 2013 child custody statute was designed to encourage equal parenting time with the understanding that judges should still account for traditional factors in the child’s interest that could influence a parent’s ability to care for the child. The law took away the consideration for which parent provided primary caretaking in the past in favor of a new factor, that “absent evidence to the contrary, it is in a child’s best interests to have substantial, frequent, meaningful and continuing parenting time with both parents.” Each parent’s time with the child should be maximized.

In the study that will be released soon, all four stakeholder groups (judges, court staff, attorneys and mental health providers) rated the law positively both as a whole and in terms of providing the best possible life for the child. Two subgroups said that the law had some negative effects—50% of attorneys and 33% of mental health providers. Mental health providers who did not favor the law had practiced for a shorter period of time than those who rated it positively. Attorneys who did not favor the law were not clear about why, but some have speculated that the negative perception is a result of financial interests.

An Example for Maryland

Maryland laws may be updated to reflect Arizona’s policy towards shared parenting. Whether you are a parent currently sharing custody or preparing for divorce, Lebovitz Law will keep you abreast of any changes in Maryland’s perspective on parenting time. To learn more about how we can assist you, please contact us today.