Establishing Paternity of a Deceased Father in Maryland 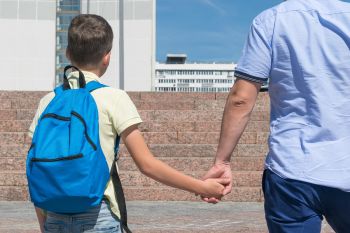 There are a number of circumstances in which a mother may need to establish paternity of her child’s deceased father. For example, if the mother is trying to obtain insurance, social security benefits, or public assistance benefits for her child. Inheritance disputes or wrongful death lawsuits can also require proof of paternity. Obtaining the father’s DNA can be a challenge after he has passed, but Maryland courts allow alternative ways of establishing paternity.

If the mother is unable to produce legal documentation, paternity can be established through genetic testing. Exhuming the body to retrieve DNA is a painful, unpleasant process. Fortunately, there are ways to avoid it. If an autopsy was performed, the Office of the Chief Medical Examiner will have a blood card on file. DNA samples may also be available from the coroner or mortician in cases where lab testing, toxicology reports or embalming was done. Samples are typically preserved for several years following the burial of the deceased.

Substitution by Grandparents or Other Family Members

If no genetic samples are available, other family member can provide DNA samples as a substitute for the deceased. The paternal grandparents are the strongest form of DNA evidence. Paternity can be established using samples from only one grandparent but if both are available it is always better to test both. If the grandparents are also deceased or are otherwise unwilling or unable to provide samples, DNA from the child’s aunts and uncles can also be used. The aunt or uncle must be a full sibling of the deceased to produce conclusive evidence. If the grandparents or siblings refuse to be tested the mother can require court ordered DNA testing through Maryland courts. Lastly, if neither of these options are available, paternity can also be established by matching the child’s DNA with a known sibling.

To learn more about establishing paternity in Maryland, give us a call at Lebovitz Law. We have years of experience negotiating the best deals for our clients, whether it’s family law or property law. Contact us today.